The 10 Most Extreme Fishing Destinations

Fishing is like real estate: the key is location, location, location. The site you choose will determine the nature of your adventure, and while most reelerz opt for a calm, relaxing destination, some have more extreme tastes. The following 10 sites provide a healthy dose of danger, allowing you to catch fish while battling nature’s greatest threats:

Located between Washington State and Oregon, the Columbia Bar is where the Columbia River meets the Pacific Ocean. With the river’s heavy currents, the ocean’s frequent waves, and the rocky shorelines, you’ll have enough trouble simply staying afloat. Even if you stay on the water, you’ll likely be exhausted long before you have a chance to catch the local fish.

As exhausted as you’ll be, there’s no better place to hunt for salmon than the Columbia Bar. In particular, you’ll have access to Chinook salmon, which are widely renowned for both their enormous size and unique, delicious taste. You can also catch lingcod, sea bass, and crabs.

The Everglades are famous for their alligators, and if you choose to fish there, you’ll face them at every turn. Not only are local ‘gators fast, strong, and territorial, but they won’t hesitate to leap aboard your boat. Combined with the snakes, mosquitoes, and sweltering heat, the Everglades is one of the deadliest fishing destinations you could choose.

The Everglades is famous for its abundant supply of largemouth bass, which grow to well over 15 inches in length and often weigh more than five pounds. You can also catch trout, redfish, pompano, and snook in this area.

The Great Lakes are all known for their harsh winds and waves, but Lake Superior has the distinction of having few islands. This means there is little to slow the strong winds that travel in from surrounding prairies. Fishing on Lake Superior thus brings a constant battle with the elements, even before you get to reeling in fish.

Lake Superior provides access to more than 80 species of native fish, as well as countless other species introduced from outside. These include sturgeons, whitefish, perch, smallmouth bass, rainbow salmon, and brook, lake, and rainbow trout.

Located in Alaska, Kodiak Island is notable as a fishing spot vulnerable to bear attacks. If you fish on land or in shallow water, don’t be surprised if a brown bear comes out to fight you for the meat. Compounding this danger are the island’s rough landscape, elevated altitude, and isolated location, which makes it hard for help to reach you if something goes wrong.

Kodiak Island is the site of a famous salmon run, giving you a unique opportunity to catch salmon from the Karluk River. You can also snag Pacific Halibut and king crab if you brave this area. 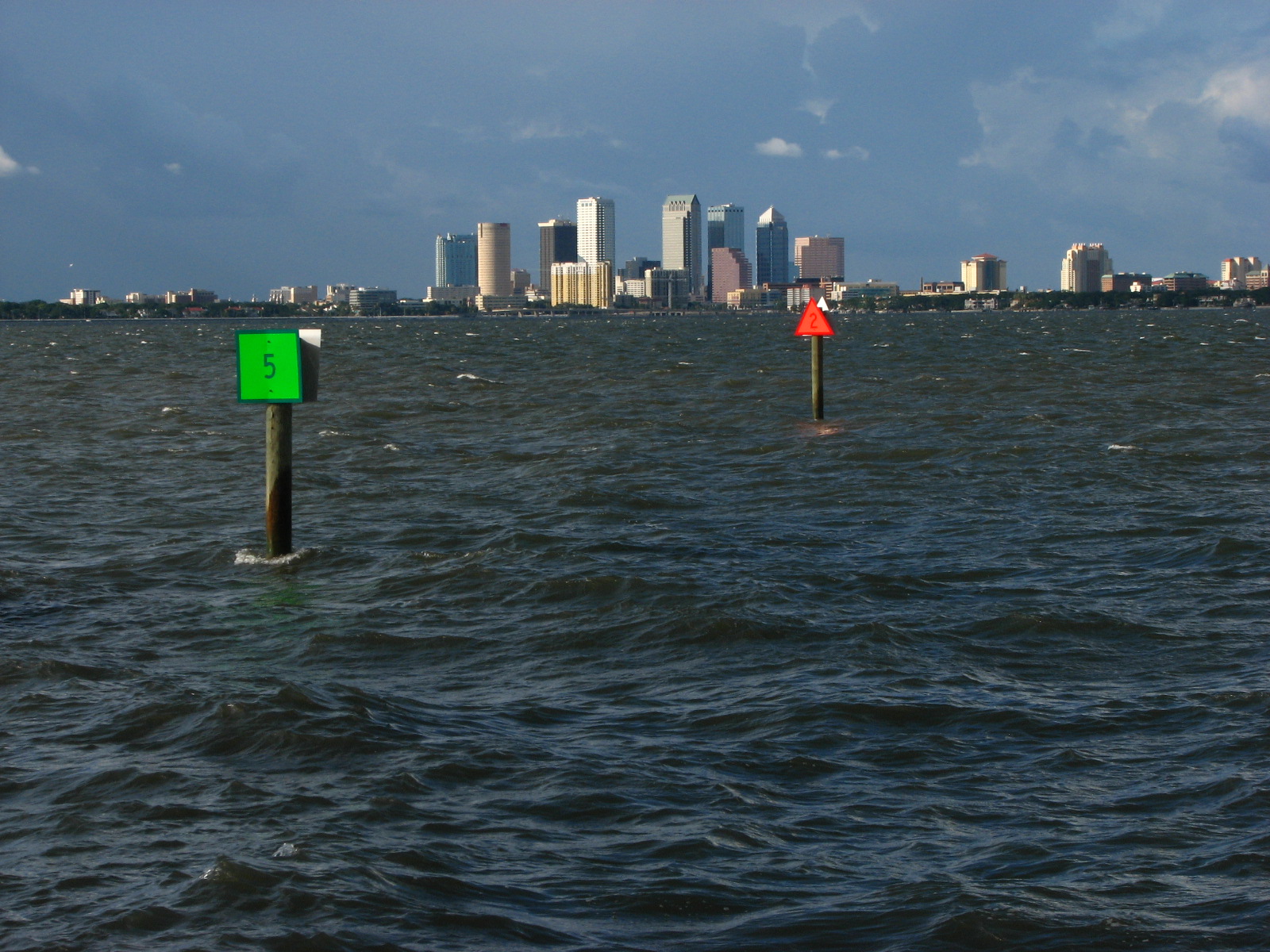 Compared to the alligator-infested Everglades, Tampa Bay may strike you as a safer Florida fishing spot— until you consider its extreme summertime weather. In as little as five minutes, clear, sunny days can give way to thunderstorms, which are easily powerful enough to overturn your boat. With so little warning, you have to stay alert at all times in these waters.

Tampa Bay is home to over 200 species of fish. These include black drum, amberjack, red grouper, sea trout, cobia, snook, and redfish. Many of these fish are themselves quite formidable, further increasing the danger of pursuing them— but also the pride you feel when you catch one.

Located in Rhode Island, Hazard Rock provides a seemingly solid base from which to fish in deep waters. The terrain, however, is steep, slippery, and constantly best by waves. Being swept into the sea is a constant threat, and if it happens, the chances that someone will rescue you are slim.

The same features that make Hazard Rock so dangerous also make it one of the best sites to fish for striped bass. Having deep water on all sides makes it easy to hook bass in large numbers, though only at great personal risk.

This Arkansan river may seem mild at first glance, but becomes deadly without warning. Local hydroelectric dams frequently switch on and off, and when they are activated, the water rises rapidly. This can quickly swamp anchored boats while washing wade reelerz away no matter how much they resist. The only way to fish safely on this river is to hug the shore and leave the water as soon as it starts rising.

The White River is widely considered one of the best places in the country to catch trout. It houses cutthroat, rainbow, and brown trout in large numbers, as well as silver bass.

Situated in Upstate New York not far from Buffalo, the Devil’s Hole lures small boats in with its abundant supply of fish, then pulls them under with its frequent whirlpools. These waters are so dangerous in part because they so hard to predict. Only by paying close attention to turbulence and current can you judge how to avoid the next whirlpool.

The Devil’s Hole is one of the most abundant fisheries not only in the Niagara River, but throughout New York State. Local fish include trout, salmon, walleye, perch, smelt, and both largemouth and smallmouth bass.

This West Virginian waterway mirrors the rapid rise of Arkansas’s White River, with conditions constantly changing due to rain and other factors. The river also ends in rapids, which reelerz can easily be pulled into if they aren’t careful.

If you manage to stay afloat, the New River offers a chance to catch a wide selection of game fish. These include flatheads, carp, catfish, walleye, bass, trout, bluegills, and muskellunge.

Located near the coast of Westport, California, this site exposes reelerz to an unusually hungry pack of great white sharks. The danger is particularly high if you fish from a kayak, as local sharks have been known to bite through the hulls of small boats and attack their passengers.

This area is prime real estate for hunting both surf and night smelt. Diving for abalone is also popular near the Red Triangle.

Whether you seek an extreme and epic fishing trip or a more relaxing vacation, Reelerz tells you all your options. We are devoted to spreading valuable fishing information to all who need it while retelling our sport’s best stories. For more information on destinations and all other fishing topics, visit our website today.

Joe Boula (@bassin_nj on Instagram) has pretty much lived his whole life in New Jersey. “Technically, I was born out of state,” he says. “But I don’t know anything but New Jersey.” From his hometown Read more…

Duayne Foust: Losing and Finding Himself in Fishing

Duayne Foust (@duaynefoust on Instagram) was born and raised in northeastern Pennsylvania, where he’s been fishing since he was ten years old. “My father took me the first time, but then I started going with Read more…

So You Want to Be a Fishing Guide? Chandler Williams Offers Some Tips

When we last connected with Chandler Williams (@chandler_williams_fishing on Instagram), we told you about his grit: Working for a neighbor to earn his first fly rod; teaching himself how to fly cast; sleeping all night Read more…